info@museitorino.it
011 44 06 903
From Monday to Saturday from 9:00 a.m. to 6:30 p.m.
The third week of our excavations were relatively eventless as we are still digging through the debris of the 1980s to reach the level of the new tomb discovered in 2018. Without removing the sands first, it would not be safe to work there as the sands would fall down on our staff. While Nico and Paolo are further excavating the area together with the Egyptian workmen, the others gained extra time to reorganize the existing storage spaces. The Polimi team (the 3D Survey Group) continued to survey the greater concession area. The fantastic results are described in this week’s digging diary.

The 3DSurveyGroup of the ABC Department, Politecnico di Milano joined for the second year the Leiden-Turin excavation. The research group, headed by Professor Francesco Fassi and Professor Cristiana Achille, is active in the field of 3D survey, modelling and valorisation of Cultural Heritage. The main activities are: architectural and archaeological survey, monitoring, high resolution and detailed 3D models management, teaching and training.

This season, the team consists of Alessandro Mandelli and Luca Perfetti, with the external collaboration of Professor Corinna Rossi. They are in charge of recording in 3D the entire excavation process, ranging from the whole area of the concession, to the contexts and the small finds that come up during the digging activities.

Within the dualism technology-human sciences, the role of the 3DSurveyGroup is to put metrology at service of the experts in the team, of the public, as well as of future memory. The group’s mission is to join forces with all the team members to maximize data recording before the progress of the excavation destroys the archaeological contexts. The aim is twofold: to increase the subsequent study potential when the mission ends, and to record and disseminate information on the actual context of the finds, that is usually lost. 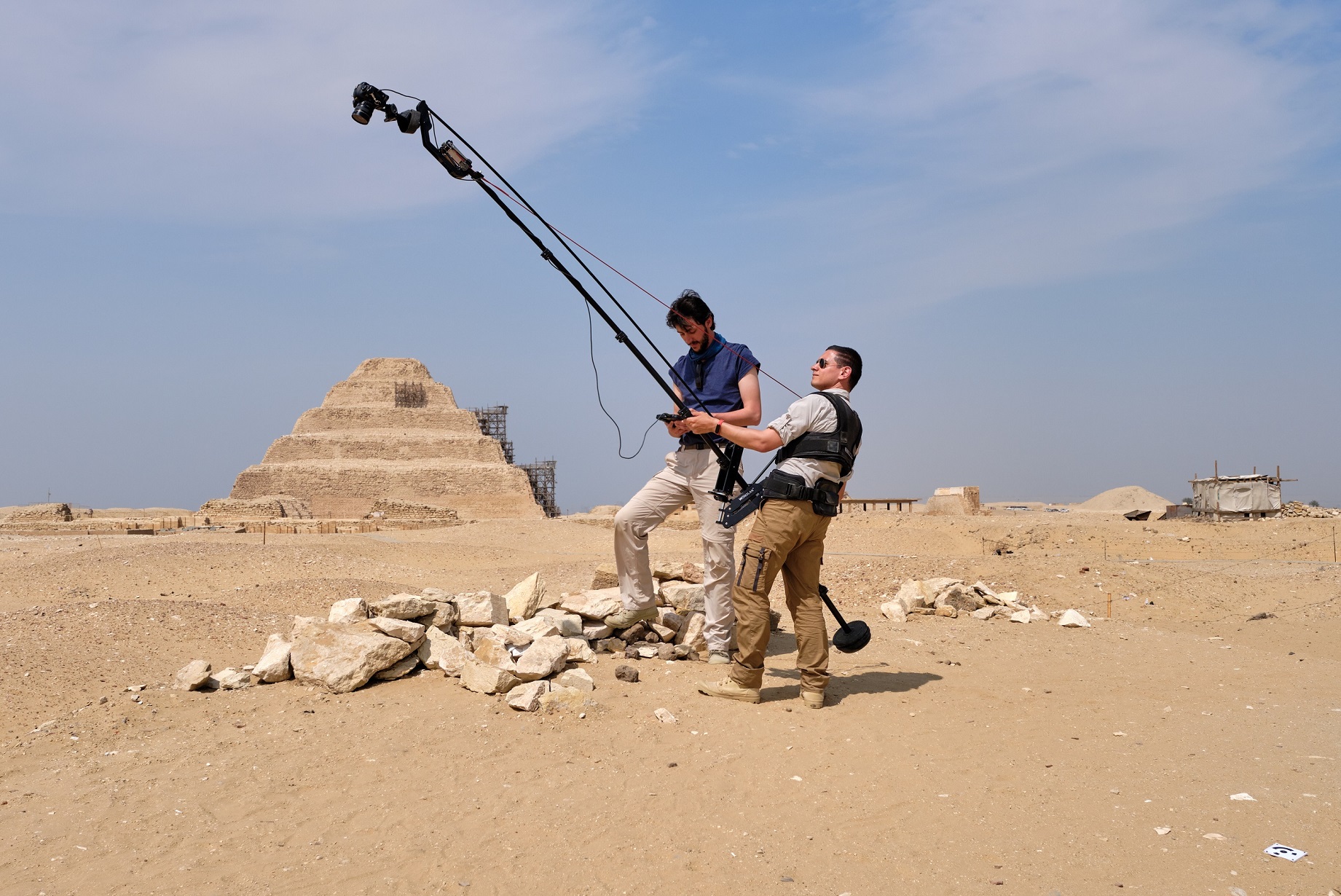 The 3D models of the excavated area are useful tools to help the work of the archaeologists during and after the excavations. In fact, thanks to these products, they can track the history and the progress of the work and they are able to “travel” back in time, revisiting forever lost contexts from the very first to the last day of the season.
Using such a tool, the archaeologists, back in their offices in Leiden and Turin, can surf the raw, unbiased data from the excavation days, searching for missing information they lost track of, or seeking the answer to unforeseen questions.
When the digging team find something interesting, such as reliefs, pottery and burials the survey team immediately records the situation by acquiring photos and measuring the coordinates of the findings. Later, they improve the first survey, according to the requests, and deliver to each expert what they need.
The Politecnico team provided high-resolution orthophotos that were used to outline some inscriptions engraved in the stone. If the orthophoto is not clear enough, using a normal laptop archaeologists are able to simulate lights moving around the object and illuminate it in various ways, to better understand the signs and drawings. This represents a successful example of collaboration between technical and humanistic sides, in which the former identifies the most efficient tool to answer the questions posed by the latter. 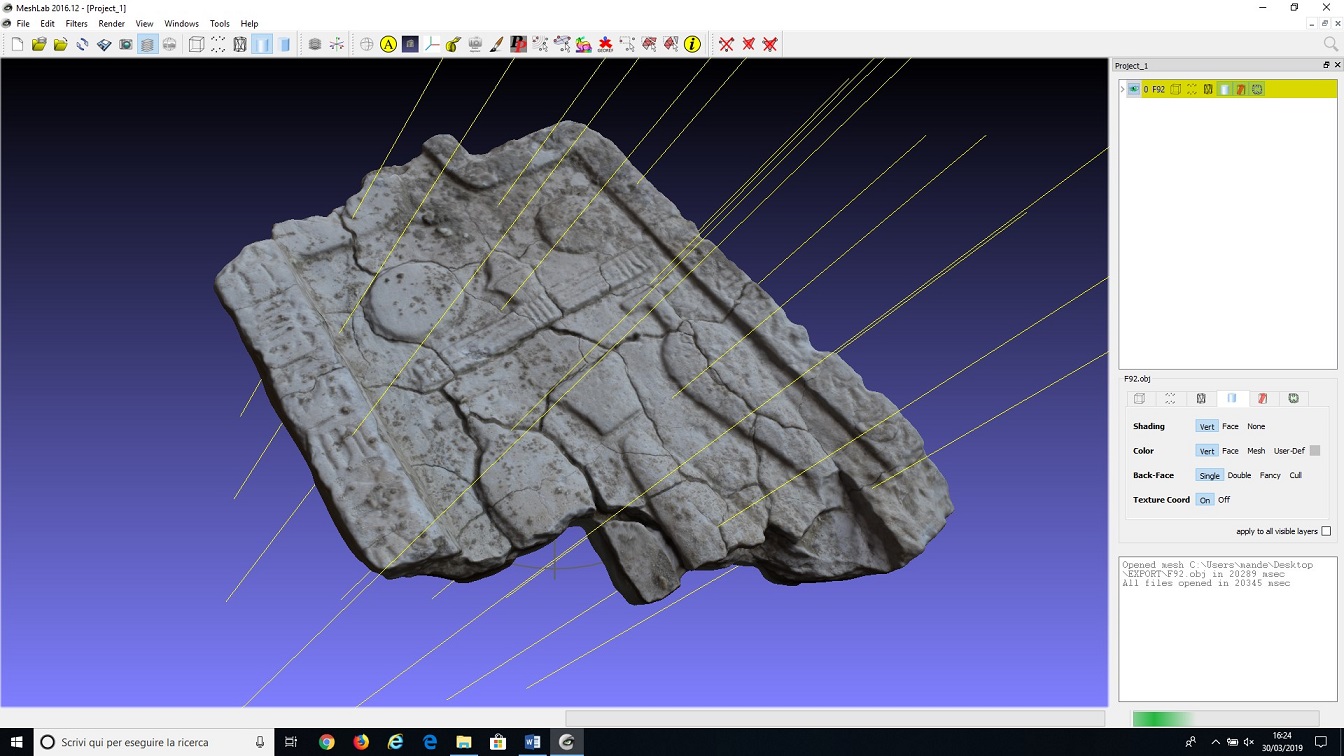 All the digital models are collected together in a sort of three-dimensional database, each one in their relative position. This is possible thanks to the topographic network around the excavation area that was checked by the survey team during the very first days of the mission.
During the second week, due to the expansion of the excavation area, they placed and precisely measured a new topographic point in front of Maya’s Tomb, and the workers removed the old one. 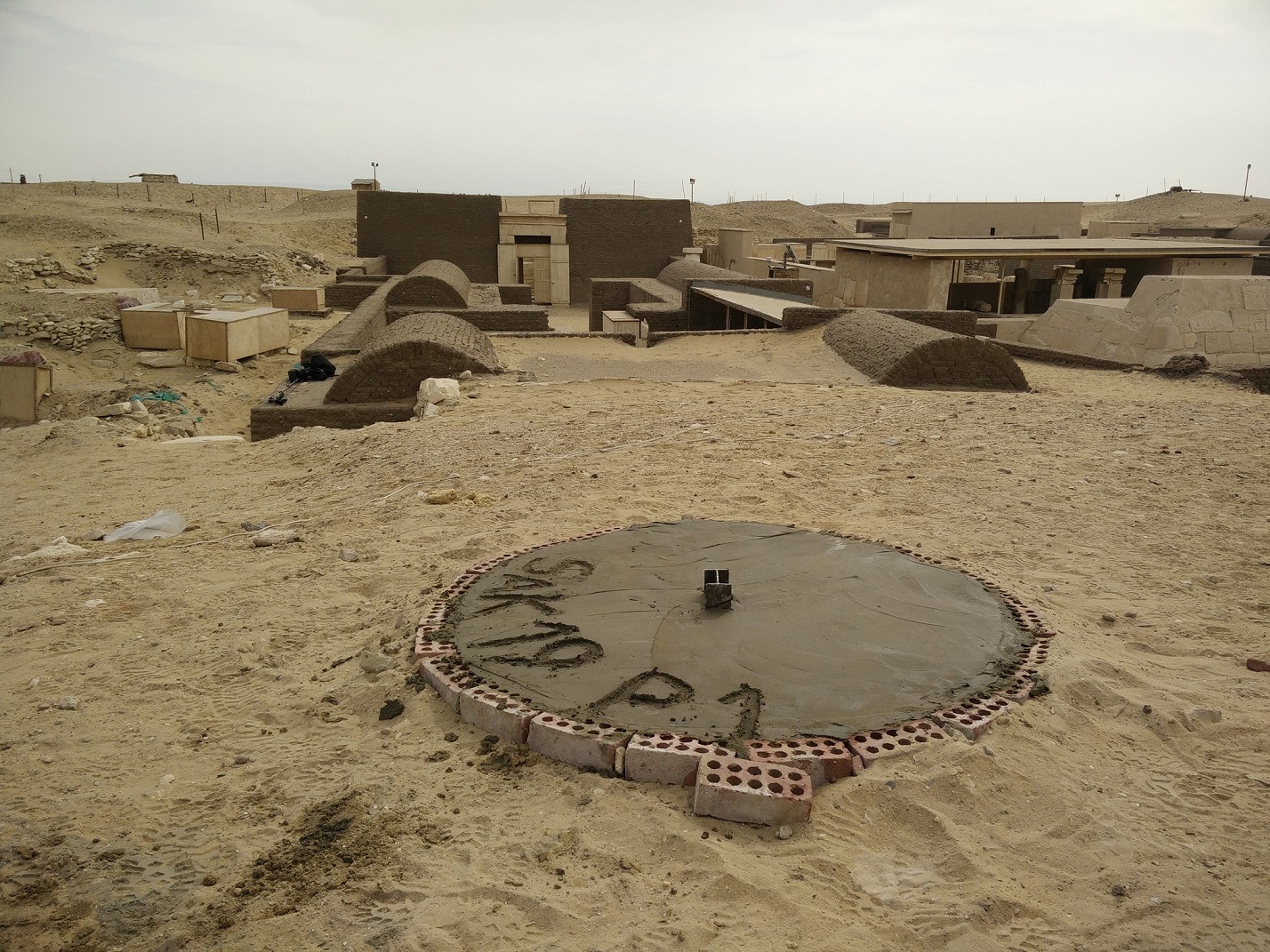 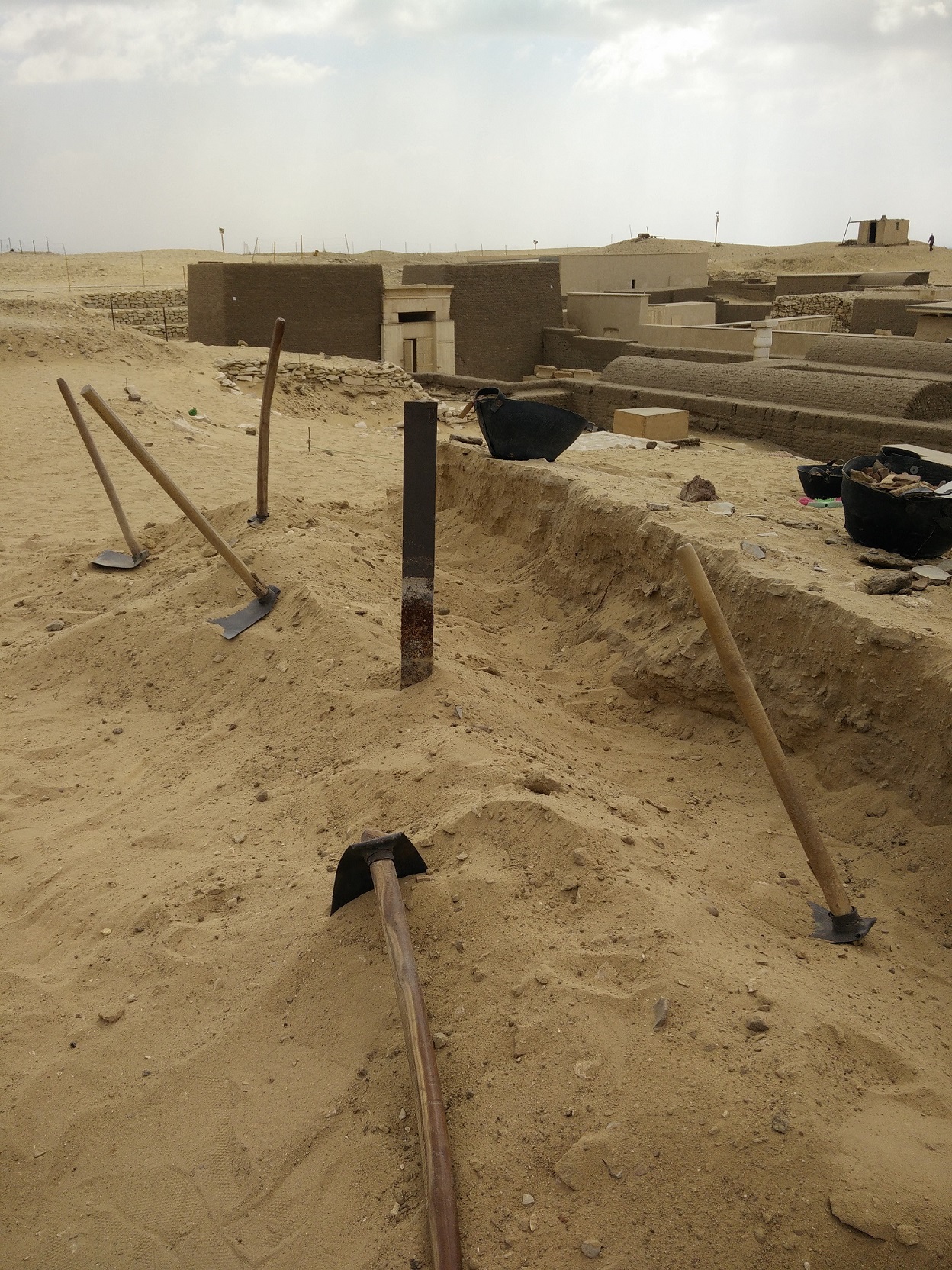 This year, the team is going to face many challenges: 1) generate the DSM (Digital Surface Model) of the whole concession; 2) complete the 3D models of the main tombs; 3) survey the Meryneith underground chambers.
After a long walk in the concession using fish-eye lenses to create more than 1.500 photos, the digital model of the concession is nearly concluded. This kind of representation, with the contour lines, helps to understand the topology of the area and the landscape around the main tombs 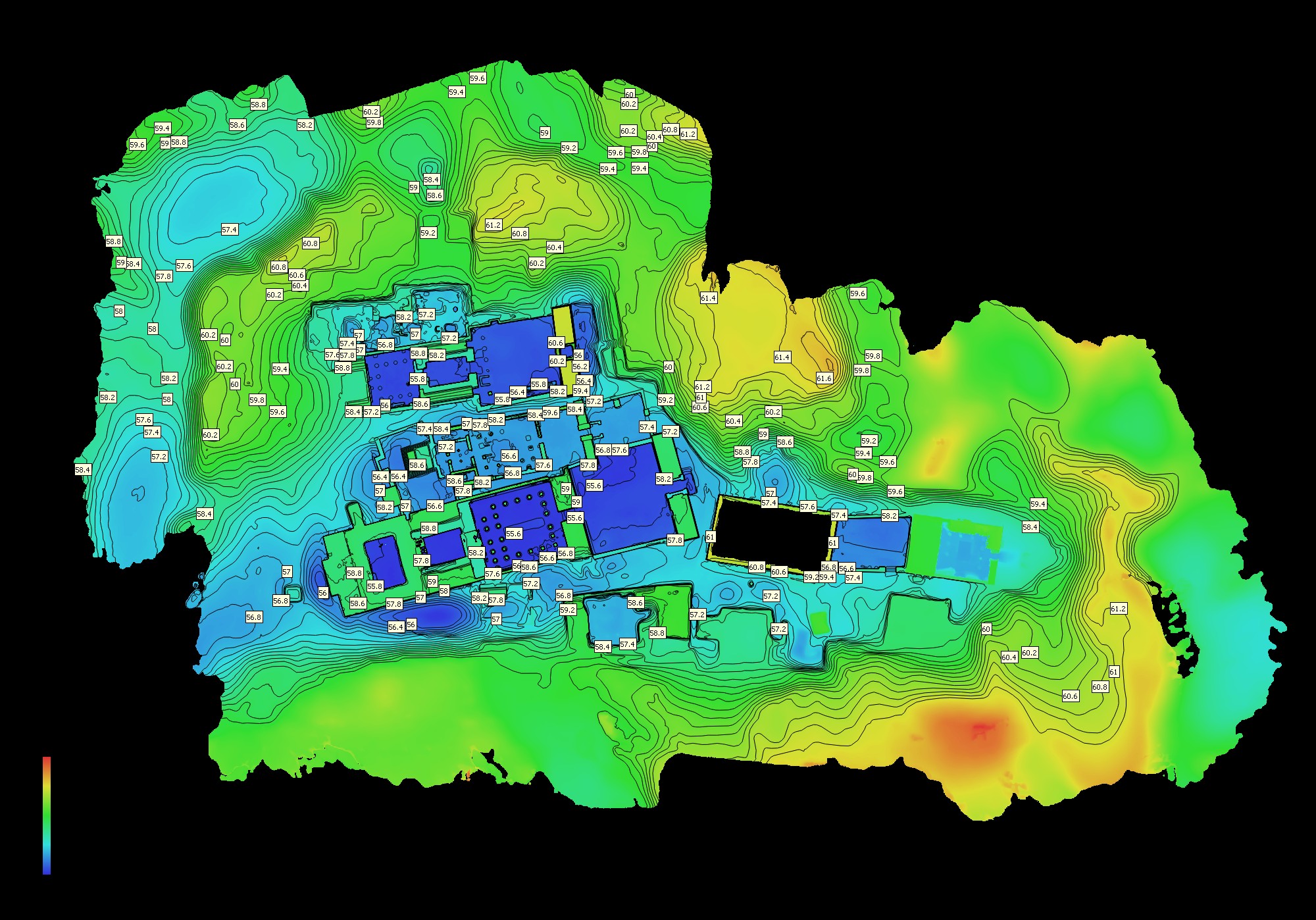 Last year, the team performed a complete survey of the tombs of Maya and Tia and then delivered accurate digital models of the tombs and their reliefs, kindly sponsored by the Friends of Saqqara Foundation. This year the aim is to collect all the data to reproduce also the tombs of Horemheb, Pay, Ptahemwia and Meryneith. Right in these days, the surveys are quite finished and the elaboration is going on. 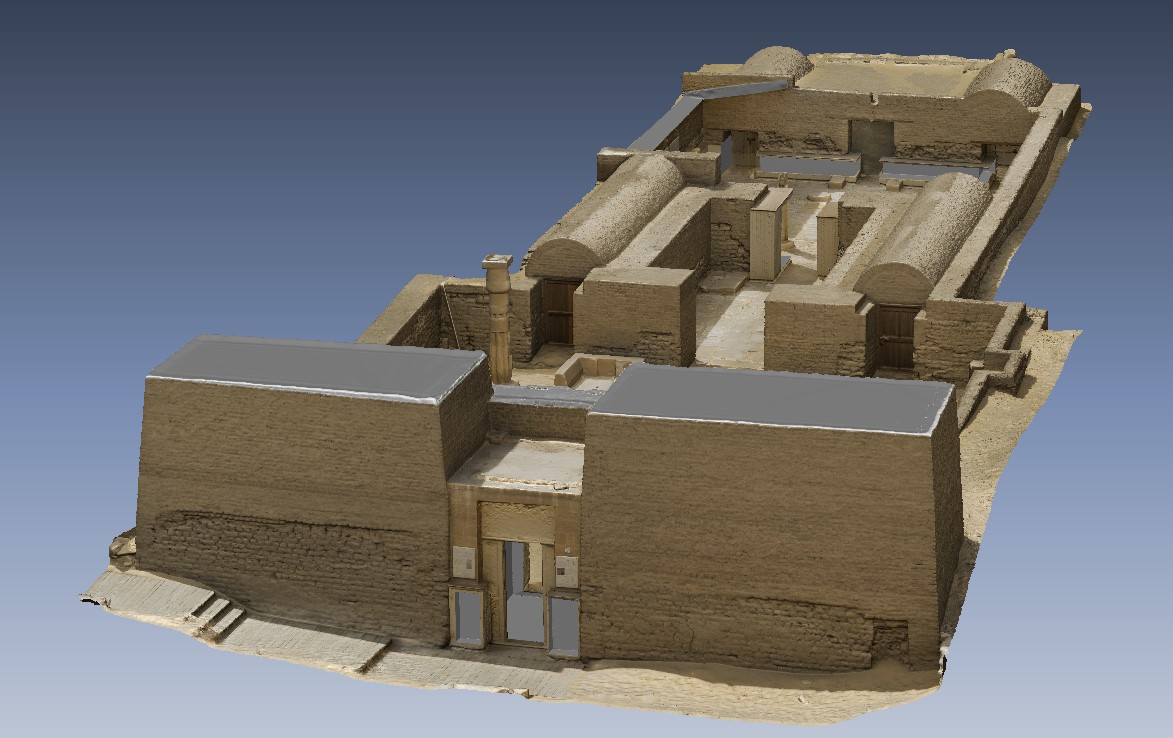 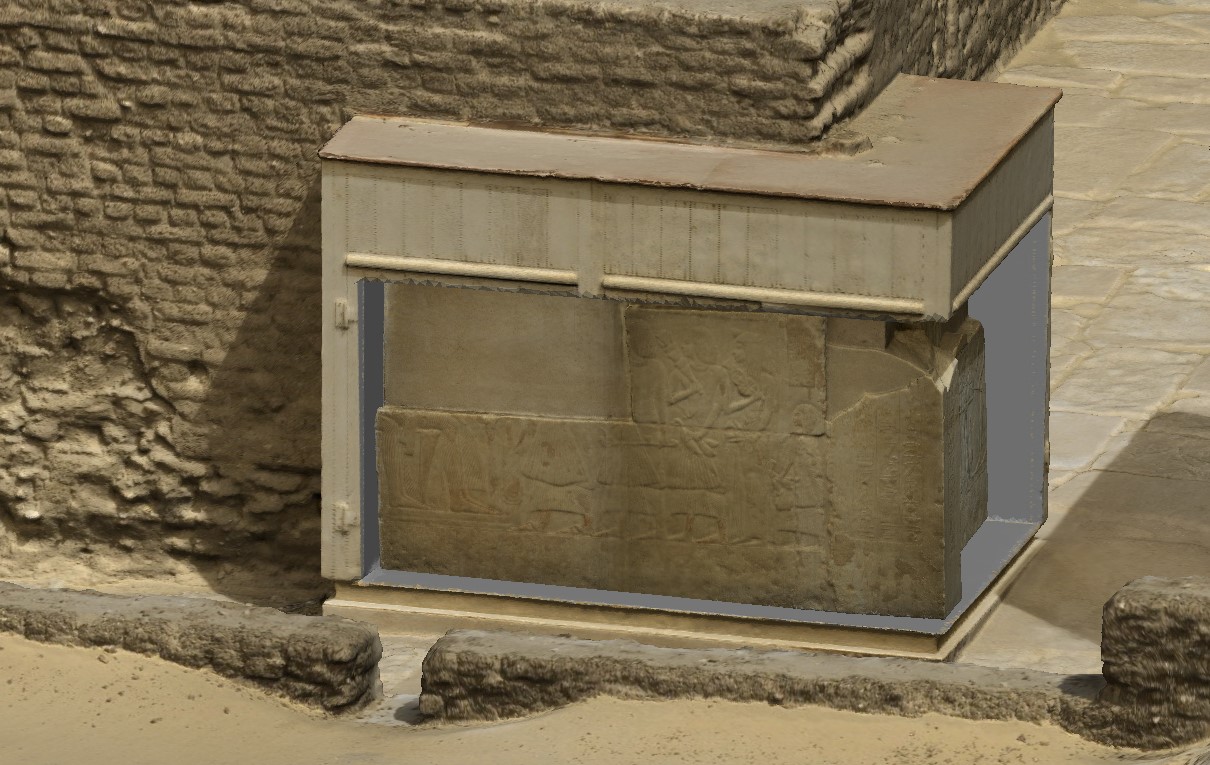 Caption: 3D model of Maya’s tomb and detail of reliefs kindly sponsored by the Friends of Saqqara Foundation in 2018

Regarding the survey of Meryneith’s shaft and its underground chambers, our Ph.D. student Luca is eager to test a time-effective and low-cost photogrammetric device to survey narrow spaces together with elaboration methodology to guarantee accuracy. The aim is to tailor this technique to cope with the many challenges of surveying this kind of spaces like the tightness of the environment, the absence of any sort of natural illumination and the mazy, meandering architecture. Last year, the team faced a similar situation, when they surveyed a shaft in front of one of the Ramesside chapels in the north area. 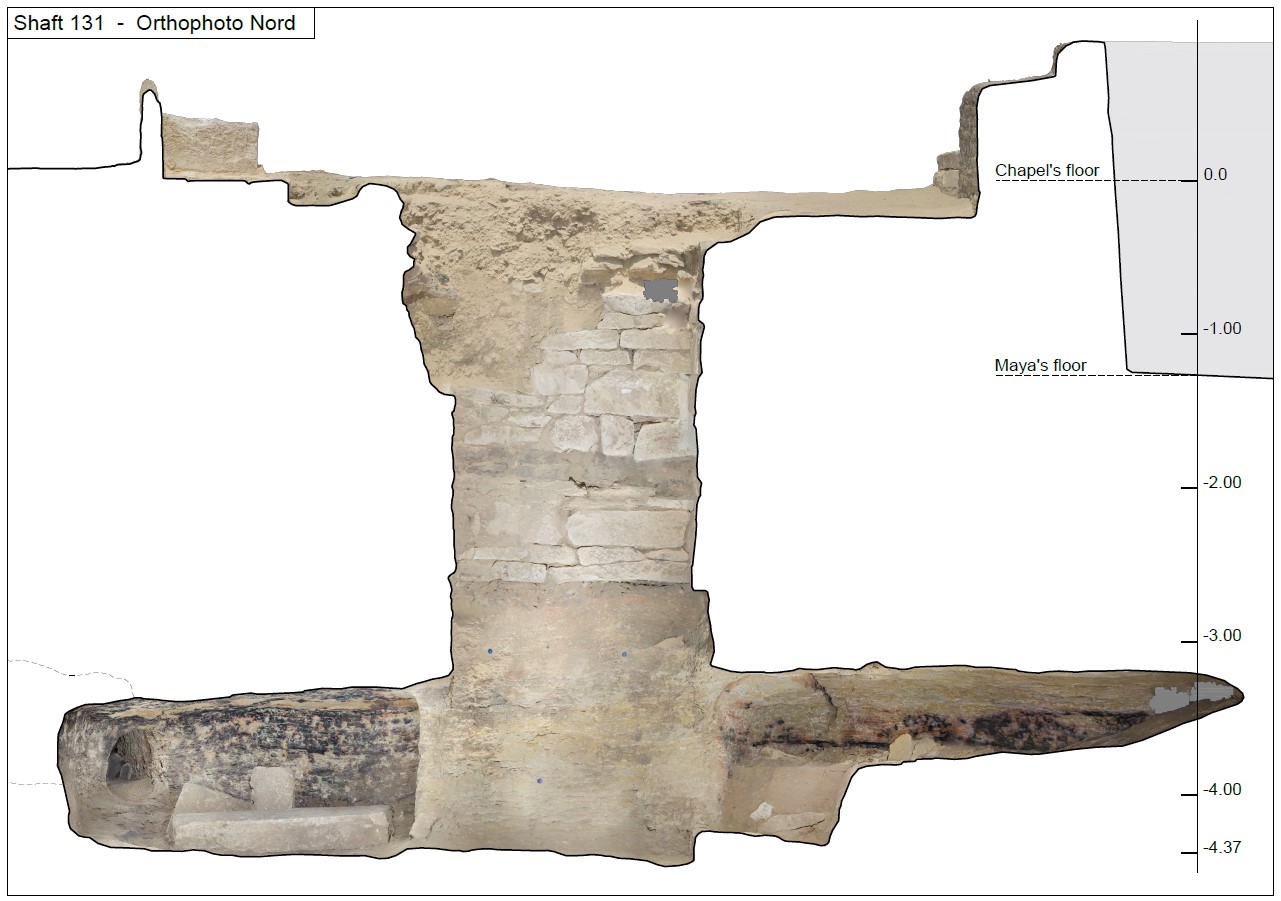 In the next days, when the shaft will be opened, they are going to construct a test to compare different approaches and techniques and check for final accuracy. But if you want to know more… stay tuned with the Leiden-Turin Expedition to Saqqara!!