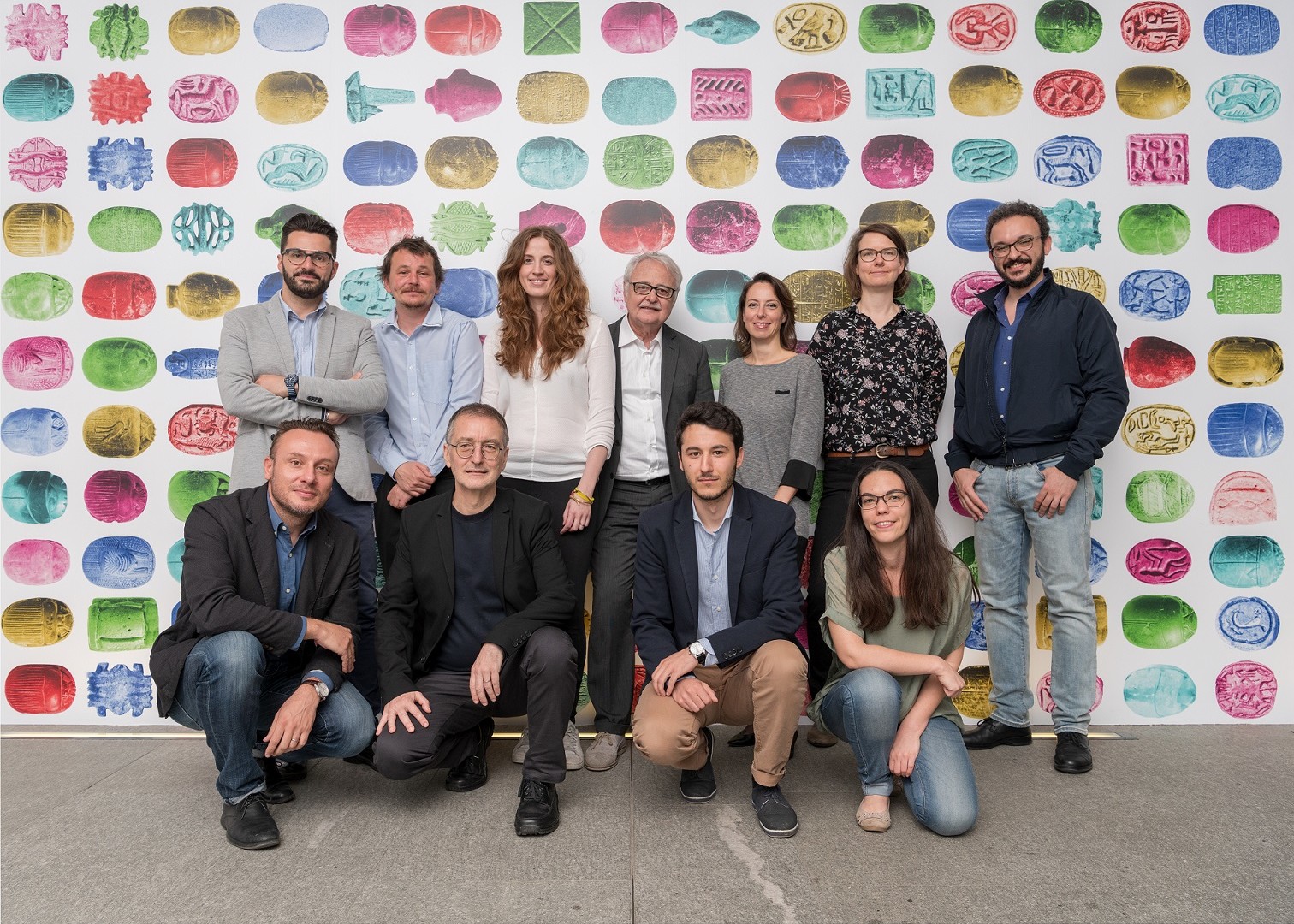 Federico Poole supervises the scholarly publications of the museum and is editor-in-chief of its online research journal, Rivista del Museo Egizio. He curated the temporary exhibition Il Nilo a Pompei (2016). Among his study interests are relations of dependence in ancient Egypt, funerary ideology, shabti figures, and the reception of Egyptian cultural elements in ancient Campania.

Enrico Ferraris has been curator at the Egyptian Museum since 2013. He has worked for the excavation mission of the University of Turin to Alexandria in Egypt (2001-2007) and for the Italian Ministry of Foreign Affairs at the Egyptian Museum in Cairo (Grand Egyptian Museum, 2004). He is responsible for the program of analysis of the finds of the intact tomb of Kha and Merit, called TT8 Project (2018-2023). He curated the temporary exhibition Archeologia Invisibile .

Curator and archaeologist at the Egyptian Museum since 2014, with excavation experience in Italy, Syria, Saudi Arabia, Egypt and Sudan. Since 2015, he has participated in the archaeological missions of the Egyptian Museum in Saqqara and Deir el-Medina and has collaborated in the realization of the exhibitions "Mission Egypt 1903-1920. The M.A.I. archaeological adventure explained" (2017) and "Even the statues die. Conflict and heritage between ancient and contemporary" (2018) and the new museum rooms "In search of life. What do human remains tell?" (2021).

Federica Facchetti curates the Late Period room of the Museo Egizio. She is currently involved in social inclusion and education projects, and she oversees the museum's didactic publications and children's books. She is also a member of the editorial staff of the Rivista del Museo Egizio. In addition, she is responsible for internship agreements and she manages photo requests. Her research interests focus on pottery, mummification and amulets.

Alessia Fassone is graduated in Egyptology (MA) and specialized in Archaeology (M.Phil.) at the University of Turin. As a curator at the Museo Egizio, Turin since 2014, she is responsible for the Ptolemaic, Roman - Late Antique and the Temple of Ellesiya rooms. She cooperates in the development of educational and social inclusion programs, and is interested in the outspread of the Egyptomania and in the history of modern and contemporary Egypt.

His main task is focused on the study and archival researches connected to the birth of the turinese collection, including the complete archaeological activities of Ernesto Schiaparelli and Giulio Farina. He is responsible for the digital elaboration of historical and photographical archives in order to develop a central database. He also studies the excavation, at Gebelein and Asyut, leaded by Virginio Rosa in the 1911.

Susanne Töpfer is the curator responsible for the papyrus collection in the Museo Egizio Torino. She graduated from Leipzig University and obtained a PhD in Egyptology at Heidelberg University. Susanne was a research assistant at the Egyptian Museum in Leipzig and held the position of a research assistant at the “Book of the Dead Project” at Bonn University. Her PostDoc project at Heidelberg University was focusing on the study of hieratic papyri.

He is curator since January 2020. He holds a PhD in Egyptology obtained at Free University Berlin. Johannes did research on bronze casting technology at Bonn University, taught – inter alia – at the universities of Münster and Munich and participated in archaeological excavations in Austria, Egypt (Dahshur & Elephantine) and the Sudan (Amara West). His main areas of interest include the sociology and regional prosopography of Pharaonic Egypt, the technology of metal production and bronze casting, and settlement archaeology and Pharaonic rock inscriptions in Nubia.

Cédric Gobeil is an Egyptologist born in Quebec City (Canada), specializing in archaeology of daily life and New Kingdom material culture, with a primary focus on Deir el-Medina, topics for which he is carrying annual fieldwork in Egypt and Sudan. After having obtained his PhD in France (Université Paris IV-Sorbonne), he worked in Egypt for the Institut français d’archéologie orientale du Caire and in the United Kingdom for the Egypt Exploration Society, before being appointed curator at the Museo Egizio in 2019. In addition to his curatorial duties, he is also adjunct professor in the History Department at the Université du Québec à Montréal and research associate at the HiSoMA Research Unit in Lyon (CNRS).

Martina Terzoli is an Egyptologist who studied at the University of Milan. In the museum, she supports the curator's office and she deals with the scientific review of the database and the study of the amulets. She cooperates with the curator Federica Facchetti in the management internships requests. Her scholarly interests are religion, magic, amulets and faïence.

Alessandro Girardi is an Egyptologist who graduated from the University of Bologna. In the museum he collaborates with the curators who are responsible for the development and organisation of the travelling exhibitions. His main interests concern funerary stelae, the village of Deir el-Medina and the tomb-robberies at the end of the New Kingdom.

Tommaso Montonati is an Egyptologist/archivist. His main job is to coordinate the projects of digitizing and studying the photographic and historical archives of the museum, in order to develop a central database. He is interested in the birth and development of the Archaeological Italian Mission in Egypt, in the study of Middle Kingdom structures and objects from provincial sites such as Gebelein and Qau el-Kebir that were excavated by Ernesto Schiaparelli and Giulio Farina. 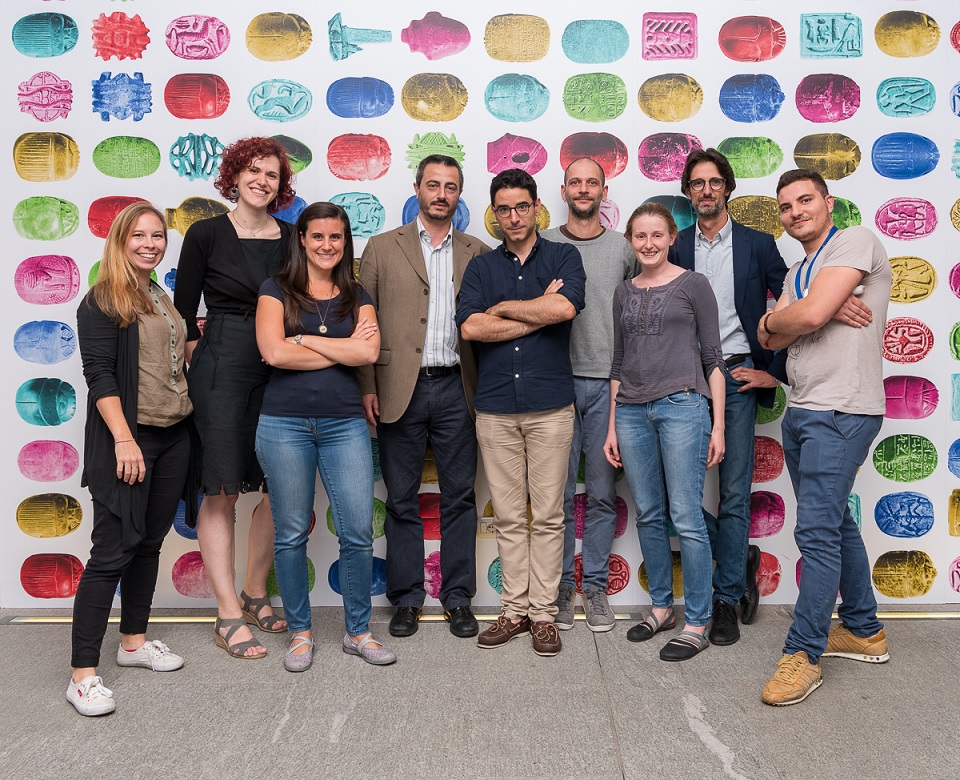 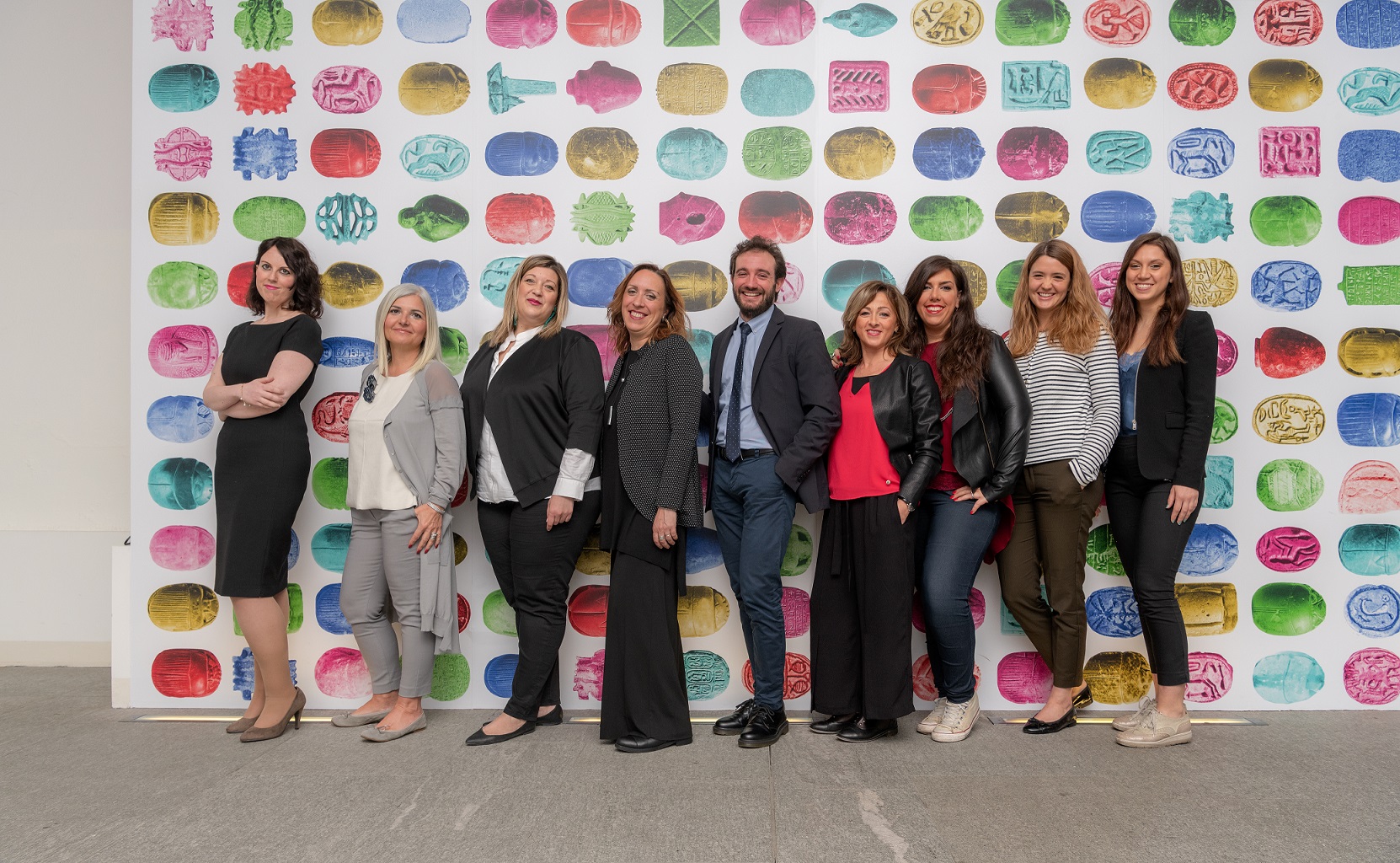 Paolo Marini is a Museo Egizio curator and traveling exhibition coordinator. He is graduated in Egyptology (MA) and obtained a PhD in History and Oriental Studies at the Università di Pisa, with a dissertation entitled “Shabti boxes: functions and beliefs”. His research interests include Archaeology, Material Culture, funerary equipment and Museo Egizio collection. 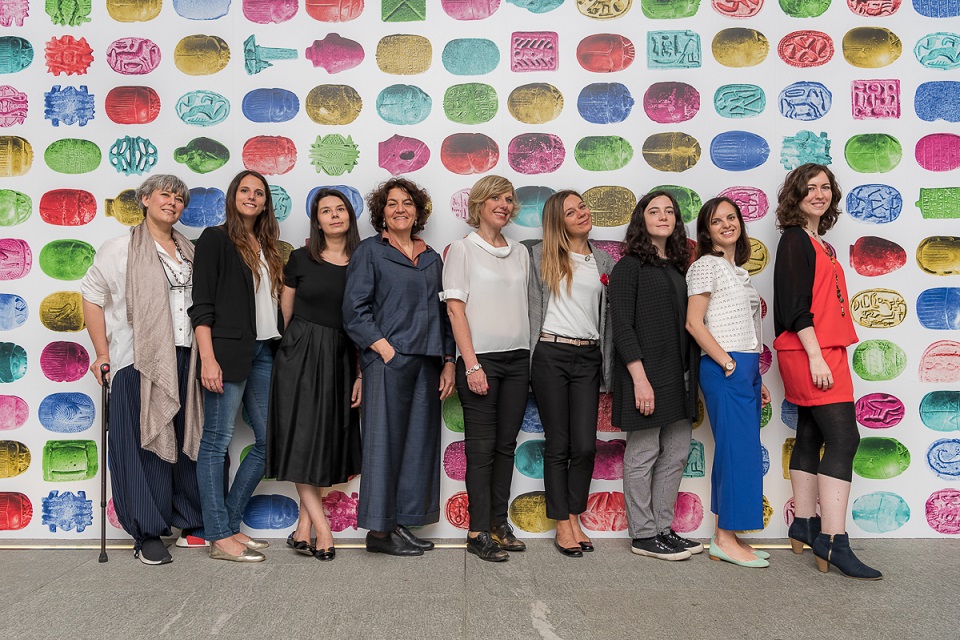 Divina Centore obtained her MA degree from the University of Pisa, with a thesis on the importance of archaeological contexts and their reassemblage. At the Museo Egizio, she is currently working in the Communication Office. She manages the website and the scientific contents produced by this office. She is part of the editorial team of the Rivista del Museo Egizio and she is the contact person for the activities organised at the museum by the ACME Association. Her study interests focus on pottery, late Middle Kingdom and Second Intermediate Period.

From left:Francesco Fuoco (IT Officer), Andrea Megna (Head of Safety and Security).

Museo Egizio
Via Accademia delle Scienze 6, 10123, Torino
Do you want to be updated about Museo Egizio news? Read the privacy policy and subscribe to our newsletter.
© MUSEO EGIZIO, Torino 2018Privacy and cookiesClients policySuppliers policyContact usDesigned by Enhancers